The false claims about a shark cartilage cure 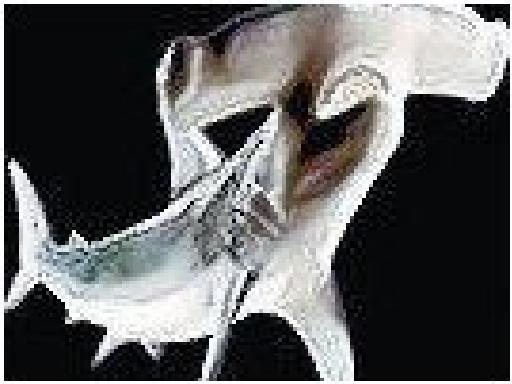 DOES IT WORK? While sharks have a skeleton composed mostly of cartilage, they do get cancer, writes Dónal O’Mathúna

SHARK CARTILAGE drew much public attention after Dr William Lane published a book in 1992 called Sharks Don’t Get Cancer. He noted that shark skeletons are made of cartilage, not bone.

He claimed that sharks don’t get cancer because their cartilage contains something that prevents cancer from growing. His book described cancer patients whom he treated in Mexico and Cuba and who were very positive about shark cartilage.

Sales of the book and supplements grew greatly. One of the largest producers was Lane Labs, a company run by William Lane’s son.

In 1999 Lane Labs was ordered by the US Food Drug Administration (FDA) to remove claims that shark cartilage cured cancer from its labels. The FDA said there was no published evidence to support these claims.

After failing to make the changes, a US Federal Court in 2004 ordered that all Lane Lab’s shark cartilage product be destroyed and its customers reimbursed. The supplement remains on the market, but today cancer is not mentioned on its labels or promotional website. Many other companies now market shark cartilage products.

The early studies described in Dr Lane’s book have never been published in peer-reviewed journals. They were not controlled studies, but mostly interviews with patients about their experiences taking shark cartilage. The popularity of the supplement (estimated at one point to being used by 50,000 US cancer patients each year) led to funding of controlled trials. The first reported that 60 patients with advanced cancer had no benefit from taking shark cartilage.

A much larger randomised, double-blind study was funded by the US National Cancer Institute. Patients were enrolled with either breast cancer or colorectal cancer. After two years, the study’s independent monitoring body ordered it to be shut down.

At that point it was already clear that patients were not benefiting from shark cartilage or placebo – and those taking shark cartilage were experiencing many more stomach and intestinal problems.

While shark cartilage supplements have been shown to be ineffective against cancer, purified extracts are showing some promise. Much of the material in shark cartilage is insoluble in water.

This has led some to question whether the body can absorb anything from shark cartilage supplements. However, when the water soluble components are separated and purified, some anti-cancer activity has been found. One experimental product, AE-941 or Neovastat, is showing promise in clinical trials against some solid tumours.

Further research is ongoing and may lead to a new pharmaceutical product. This product is very different from crude shark cartilage supplements.

Proponents usually recommend large doses of shark cartilage, ranging from 1-5g per day. Even when divided into a few daily doses, such large quantities cause stomach and intestinal problems in many patients.

They also have led to environmental problems. Various groups have called for a boycott of shark cartilage supplements because they have led to over-fishing of sharks in the Pacific Ocean – without any benefit to patients.

Shark cartilage supplements show how relatively easy it is to create an urban myth. The claim that shark cartilage cures cancer was based on a connection between two unfamiliar premises.

Sharks do have a skeleton composed primarily of cartilage. Many people probably weren’t aware of that. So when Dr Lane then claimed sharks don’t get cancer, people may have been ready to accept that idea.

However, sharks do get cancer. In 2004, a group of marine biologists published an article describing several types of cancer which have been found in sharks. Unfortunately, the rabbit trail had already been created.

Many cancer patients have been led down a path of false hope created by claims about shark cartilage. Such are the tragic consequences of reputations built on false claims.